A workshop to discuss the revised COWASH project document on the implementation of the CMP approach was organized on November 28, 2012 in Addis Ababa. 41 participants from federal ministries, Embassy of Finland and from all 5 regions of Amhara, Tigray, SNNPRS, Oromia and Benishangul-Gumuz participated in the discussions. The principles on the allocation of the total project budget for capacity building and technical assistance (22 million euro) were discussed thoroughly. Comments to the draft Project Document were provided during the vivid discussions and all regions promised to provide their approval to the proposed budget not later than December 14, 2012. Based on the comments the document will be finalized by mid December, 2012. 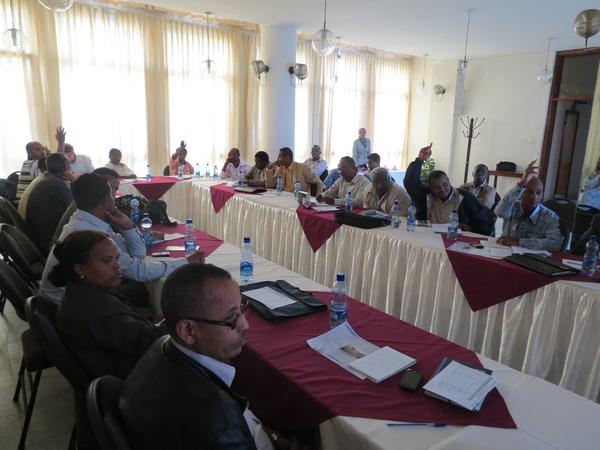 Active participation in the workshop