In Zelale Dorpe village, Arba Minch Zuria district of Southern Nations, Nationalities and Peoples’ (SNNP) region, most of the adults are said to have scars from burns on their bellies. Matso Macho, apparently in his mid-50s, courageously shows off such scratches on his abdomen.  To date, his three cuts serve as a vivid reminder of what he and his community have gone through. These scars are not for beauty as someone might tend to think. Actually, they epitomize the severity of lack of access to safe water.

Origin of the scars

The communities of Zelale Dorpe of Genta Bonke kebele used to drink from unprotected deep rocky stagnant spring. The cylindrically shaped spring with an uncovered opening was the only source of water in sight for both people and animals. “For as long as I remember, we had been drinking from this. I think it was the most contaminated water,” says Ao Fasho, old enough to recount stories of not only his own but also the last couple of generations.

Indeed, even from appearance, the water looks filthy. Waterborne diseases such as diarrhoea and stomach-ache were the most common. There were occasions when these diseases could become fatal. In instances like this, patients were treated traditionally, as it could also be a common practice in other parts of the country. “To heal the stomach-ache – which was due to unsafe water – patients got a burn on the stomach with a glowed cutter. I got three burns from which scars still remain on my abdomen,” says Matso. Usually, this burn resulted in infections, another health problem for which extra medication cost was needed. The community, due to lack of access to safe water, suffered from waterborne diseases and the traditional treatment’s side effects.

That was not all however. As much as it had been the source of water, this spring was also a cause for horrible losses. To fetch water, one needs to go down and up the rocky and rough walls of the spring. Shocking further, the fetcher should bend and stretch down to reach for the water by clinging to the unsteady handles and steps. In less than a decade, this process claimed two lives. “Eight years ago, a 4-year old boy lost the handle and drowned into the gully and died there. Some two years ago, the same fate happened to another 8 year old boy,” narrates the sorrowful Matso who fights hard to hold back tears. This was the cruellest accidental death that would not be overridden easily from the memory of the parents and community. Drinking from this dreadful spring had been a haunting nightmare to the community. And yet, they could not afford to abandon drinking from it for it was the only source of water.

In addition to such precious human losses, the gully was also a reason for the death of cows, sheep and other domestic animals who have to kneel down to drink. To a community whose livelihood is totally dependent on these animals, the economic losses have been massive. To estimate this loss, one should calculate it not in terms of a sale per head - say an ox, but a return it would have brought per investment. “Lack of access to safe water supply affected our living from every corner. There was no aspect of our life that had not been affected by this problem,” says Matso who, along other members of the community, took the initiative to tackle this challenge.

The cause for healing

It was mid-2011. Community-Led Accelerated WASH (COWASH), the bilateral project between Ethiopia and Finland, came to SNNP region for the first time. Arba Minch Zuria was one of the luckiest and earliest districts where the project started its intervention. Zelale Dorpe village of Genta Bonke kebele became one of the specific areas where the project was going to operate.  As they began to learn more about this opportunity, the communities showed a growing interest in the project. That created a perfect blend of interests;  community’s determination to move out of this destitute situation and the project’s objective to ensure the provision of access to safe water supply through Community Managed project (CMP) approach. CMP, being one of the four rural WASH implementation modalities in Ethiopia, is a method in which the user communities are the planners, implementers and managers of their project.

Following the orientation about the project, approach and the benefits it would present, Zalale Dorpe community decided to organize themselves. In June 2011, they elected their representatives; usually known as Water, Sanitation and Hygiene Committee (WASHCO). The 5-member committee whose chairperson is Matso Macho mobilized the community and fulfilled the basic requirements of the approach. Then a few weeks later, the process of developing a spring with a collection chamber and two water points started. The community, via its representatives, has successfully developed the spring and constructed the collection chamber with its two water points. By September 2011, about 75 households has become the direct beneficiaries of the two water points. 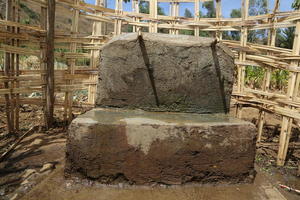 As long as Matso recalls, this community got access to safe water for the first time. Besides, this was the only time water came so close to the community. “We got safe water right in our village,” says Ocho Gocho who, willingly and freely, gave his piece of land for one of the water points. Users noticed the immediate and direct benefits of drinking safe water. Reduction of the widespread diseases such as stomach-ache that usually resulted in diarrhoea was reported. In return, that decreased the practice of burning the abdomen. In fact, a huge tribute should also be given to the health extension workers who raised the awareness of the community on harmful traditional practices. There are no more children with burnt scars in the community. “My little and last kid has no scar. I think, by his age, I already had some. This directly indicates how healthy we are at the moment,” says Matso proudly.

Thanks to the committee’s resolute commitment to sustainability, the community remained active in complying with the bylaws; a guiding principle developed and agreed upon by the users. They fenced the water points. They decided to rotate the role of guarding among the users. After a yearlong ‘grace period’, users decided to pay a water fee which is 1 Birr per household per month. Without break, they have been paying that accordingly. At the moment, excluding the costs of maintenance, they have 5030 Birr in their saving account they opened at Omo Microfinance Institution. With regard to maintenance, the WASHCO, along with the trained tap attendant and care taker, was able to successfully maintain five different mal-functionalities.

When it comes to upholding the bylaw, the committee showed unrelenting commitment. For example, once, against the rule that prohibits sending a child below the required age to the water supply scheme to collect water, two parents did exactly that. The kids broke faucets in the process. This charge was proved right. So the WASHCO made the parents replace the faucets. To reduce such instances, in addition to maintaining regular communications with the community, the committee decided to post some of the basic rules of the bylaw on top of the entrance to the water point. Likewise, true to their principle, community has totally replaced the existing fence at the beginning of this year. 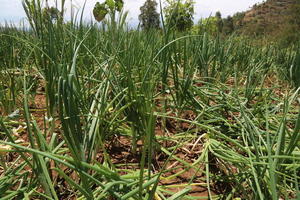 These are not the only successes we recite here. Equally exciting as the above achievements is the success registered due to the multi-use of the new water supply scheme. As already indicated, the place where one water point was installed belongs to Ocho Gocho who gave it away for free. Ocho did not only give his land but also started guarding at times when the responsible person is not there. He was also doing this for free. While guarding like usual, a few months into the operation, Ocho noticed the huge overflow at the source. He requested the committee to allow him to use the water to irrigate the remaining part of his land around the water point. After conferring among themselves and the community, as a courtesy to him, the WASHCO allowed Ocho to use the water.

He did not procrastinate. He grabbed the opportunity and, using the water, started working on his backyard.  His returns have been monumental.  In the last three years, he has been growing vegetables, onion, tomatoes, cabbage, peppers and basil. “These are my main source of income now. With the sales of these, I cover all the living costs including the school fees for my children,” says Ocho. Furthermore, he has moved beyond subsistence. He has begun making profits. For instance, on average, he saves about 2500 Birr every year. At the moment, he is thinking to expand this. Similarly, Ocho, who once was the poorest of the poor in the community, is now planning to build a house with corrugated iron sheet. This, by and large, is a huge upgrade from his current mud house. For Ocho, it is like ‘hitting two birds with one stone.’ With this scheme, he and his family got safe drinking water, as everybody else in the village, and the source of their main livelihood.

COWASH has enabled the community to put the previous appalling stories behind. The community is now empowered not only to shape their present course of life but also that of the future generation. Through absolute adherence to the bylaws, they have presented strong reasons as to why communities should be entrusted with the total responsibility of implementation and management of the projects.  A community who paid dearly due to lack of access to safe water showed unparalleled commitment to sustain and promote what they have built – the safe water supply scheme; and the belief and willingness to tackle other developmental challenges.