Community-Led Accelerated WASH (COWASH) project in Benishangul Gumuz National Regional State organized a workshop from September 28th to October 1st 2016 in Assosa, the regional city. This was an annual workshop to review and evaluate the 2015/16 performance reports of the four COWASH districts, the two zones and the regional COWASH sector bureaus; as well as to plan activities for 2016/17. 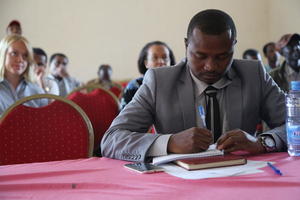 Awoke Aysheshim, Head of Water, Mine and Energy Resources Development Bureau, the honorable guest of the workshop together with Taye Bulo, Head of Education Bureau, said in his brief opening remarks that the project has been playing a crucial role in increasing safe water supply, sanitation and hygiene coverage in the region.

The regional COWASH coordinator Alem Tadele presented the last fiscal year’s physical performance report and told the participants the project constructed 99 new safe water supplies out of the planned 130. He also explained that, in the last 12 months, 30 safe water supply schemes were rehabilitated, which is still 17 water points short of the planned figure.  Due to these achievements, 65,314 people, including institutional WASH beneficiaries, got access to safe water supply for the first time.

The regional coordinator also reported that out of the 39 COWASH kebeles in the target districts, 14 have been declared open defecation free. However the constructions of all the planned institutional latrines have lagged behind. Currently, the construction of 13 latrines is said to be 50% completed. Regarding the capacity building activities, 34 training topics out of the planned 41 were conducted in the last fiscal year. With an aim to build the physical capacity of the sector offices at all levels, the project procured assets, including vehicles, worth more than 11 Million Birr. Five out of the planned six awareness raising and information sharing forums were organized. 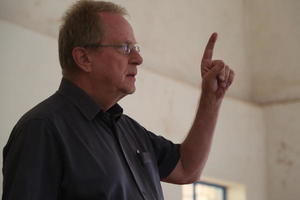 It should be noted that although Benishangul Gumuz is not new to the CMP approach as it has been implementing it via FinnWASH in 2008-2015, it is the latest region to start COWASH, and only started implementing the project two years ago in Bambasi, Oda Bildigilu, Agalometi, and Belojiganfoy districts. Furthermore, the implementation of the project only began with full force during the last fiscal year. Partly due to this, the level of understanding of the target district officials and user communities regarding the project’s implementation approach is still low. This challenge led to the underutilization of funds and underperformance in the activities.

Poor integration and coordination among the sector actors at all levels in the regions is another challenge that the project faced. This challenge was felt in the implementation of the planned activities as well as in submitting regular performance reports.

Another critical common challenge revealed in the report reviews and panel discussions was the mismanagement of the project resources. In particular, the misuse of the vehicles in the districts has not only made the supervisions difficult but also delayed the implementation of other activities. 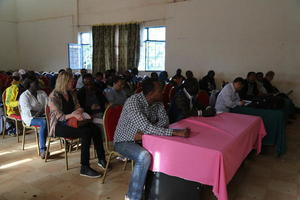 The workshop which had more than 82 participants (out of whom 11 were female and which included the invited Federal Technical Assistance Team (FTAT)), brought about different reflections regarding the annual performance report. Melkamu Dibaba, Regional Support Team Leader, acknowledged the quality presentation of the districts, but underscored the need to commit to the principles of Community Managed Project (CMP) approach in provision of safe water supplies.

Arto Suominen, Chief Technical Advisor of FTAT, although recognizing an improved performance rate of the stakeholders from the previous year, called upon all stakeholders to further accelerate the implementation. By reaffirming and reinstating the accountability of the districts to the communities, Mr. Suominen encouraged the participants to work further towards ensuring safe water supply and improved sanitation and hygiene services.

When concluding the workshop, it was agreed that the Regional WASH Steering Committee meeting (regional decision-making body of COWASH) should be held before the end of October 2016. In addition to reviewing and approving the 2015/16 report and 2016/17 plans, the Steering Committee is expected to discuss on the bottlenecks and challenges and propose ways forward to overcome them.