COWASH took part in the 6th National Hygiene and Environmental Health Experience Sharing forum which was held in Dire Dawa from 26-28 February 2015. The experience sharing event, organized by the WASH Ethiopia Movement and Ministry of Health, attracted more than 100 environmental health professionals and other stakeholders including COWASH staff members who gathered at Triangle Hotel to learn about the recent developments in the sector.

Children’s marching band welcoming the participants on the opening day.

Reviewing the targets and the performance of the sector was one of the major discussion points of the first day. Mr. Dagnew Tadesse, Environmental Health Case Team Leader from the Ministry of Health, provided an update of the environmental health profile in Ethiopia and national targets pointing out “it has been estimated that 60-80 % of the disease burden in Ethiopia is caused due to poor level of hygiene and sanitation”.

Dr. Zufan Abera, the advisor to the state minister at the Federal Ministry of Health elaborated the issue in her opening speech. “Ethiopia is facing two types of challenges in terms of environmental health. The elementary challenges are related to lack of access to services or poor quality of services whereas the advanced challenges are linked to the rapid urbanization the country is going through. Both these challenges need to be taken account”, highlighted Dr. Zufan. In the afternoon selected regions including Afar, Amhara, Tigray, and Dire Dawa city administration presented their progress in the promotion of hygiene and environmental health practices in their respective regions.

Day two started with a site visit to Dire Dawa sanitary landfill or to visit low cost technology toilets constructed among the poorest part of the communities in Dire Dawa city. The landfill, constructed in 1998, is a 13 hectare area including both liquid and solid waste management facilities.

The landfill was located in a suitable site with good physical structures but it suffered from lack of management. Especially the liquid waste pods were poorly maintained and as there was no soil cover on the waste the area was attracting wild animals such as hyenas, marabous, baboons. “With better management the site could easily serve the whole Dire Dawa”, summarized Arto Suominen, CTA of the FTAT COWASH, during the experiences sharing field visit.

Better solid waste management was discussed on several occasions during the forum. For instance Mr. Yohannes Tefera, one of the researchers who presented his paper, reminded the audience how small and medium enterprises (SME) entail a significant potential for the more efficient and equal waste collection and management in the country. “Alone in Addis Ababa there are more than 524 organized enterprises working on solid waste management”. 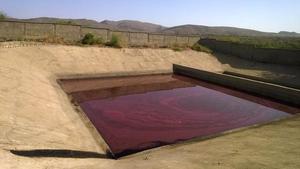 Fifteen academic research papers from the field of environmental health, rural sanitation and hygiene and safe and green cities were presented during the second and the third day of the event. The presentations captured well the different aspects of the natural and built environment that may affect human health and gave valuable recommendations.

Mr. Samuel Fekadu from Jimma University held an interesting presentation on the high levels of air pollutionin Addis Ababa and Jimma. Especially the levels of bentzene (an air pollutant that can cause leukemia) were worrying, being significantly higher than in other megacities of the world such as Beijing or Los Angeles. Another aspect of pollution was presented by Mr. Seid Tiku Mereta also from Jimma University. He described the effects of textile effluent discharge of the textile factories on water quality which was found to be detrimental causing species migration and disappearance on the downstream aquifers as well as serious risks to human health. His recommendation was to strengthen the appropriate laws and regulations on dumping of industrial waste water into environment, increase monitoring and apply more treatment methods.

The importance of awareness raising on hygiene and sanitation in institutional and household level was emphasized by several researchers. Mr. Aylew Jelaw presented a paper about the prevalence of parasites among school children. In sample of schools in Southwest Ethiopia it was found to be 76,7%. In addition the certain parasite (Schistosomias mansoni) which can have a negative impact on cognitive development of the child was found to be highly prevalent at 44,8%. Mr. Jelaw was calling for effective school mass deworming campaigns together with appropriate prevention and school hygiene measures. Mr. Endalkachew Gurmu had found in his research that the parasitic contamination of fruits and vegetables sold in local markets of Jimma was found to be 57%. The highest contamination level was with salad (78%) and cabbage (70%).

Binyam Negussie and Yohannes Tefera from Haramaya University had conducted a survey about the quality of environmental health services provided in Ethiopia in terms of level of performance, job satisfaction, budget availability and support. The service level was found to be very weak and the environmental health professionals reported lack of support, lack of adequate budget, no clear job descriptions and high-staff turnover which has led to a service levels and performance below expected.

Continuous awareness raising on hygiene and environmental health issues, better resourcing, stronger environmental regulations and increased monitoring are needed in order to mitigate any of these above mentioned issues. WASH movement Ethiopia, environmental health professionals as well as academia are all having an important role on the way towards safer, cleaner and greener Ethiopia.